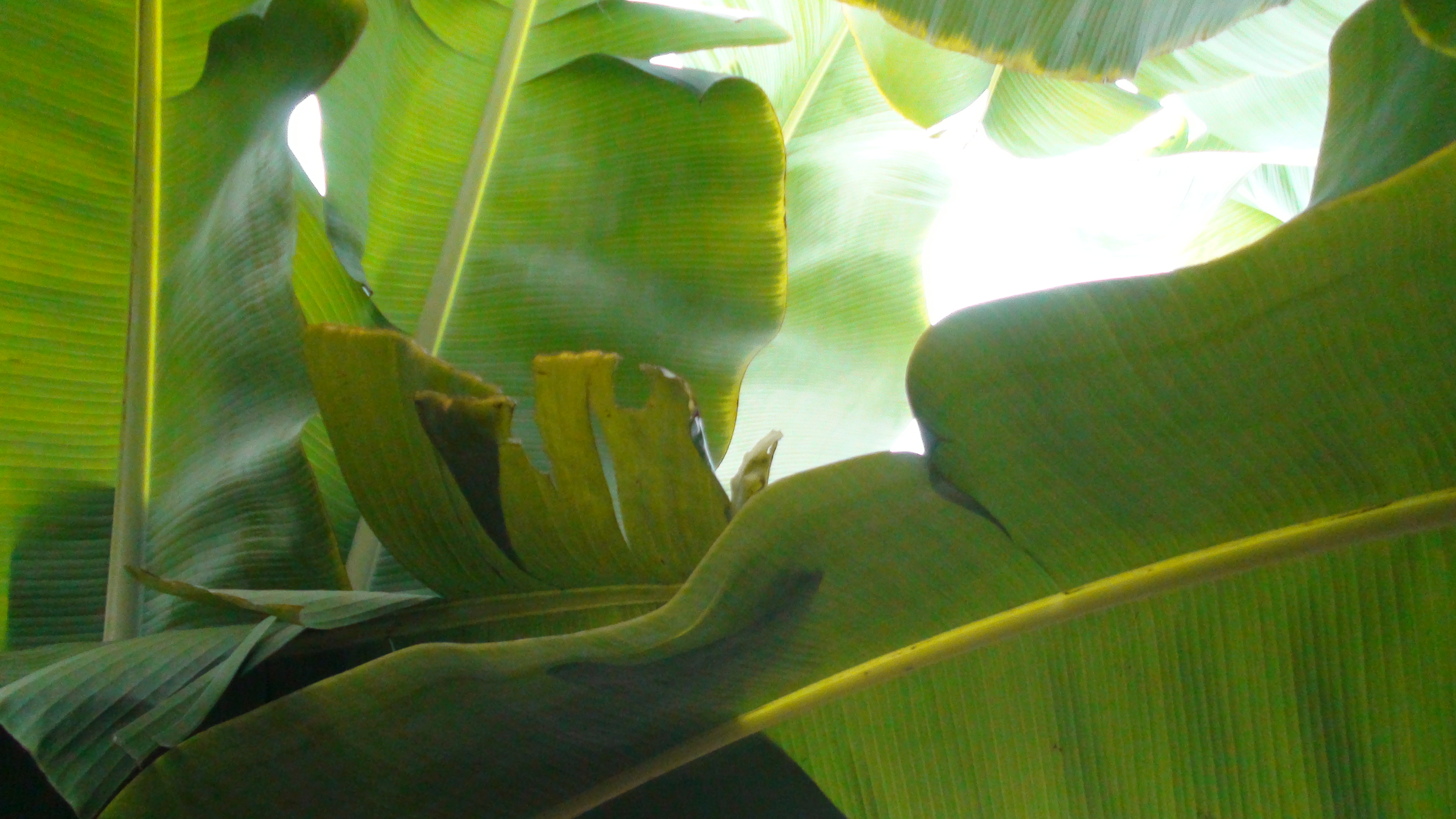 Director Jackie Turner talks about how she came to love bananas and became passionate about telling a story about the future of bananas.

"Two thousand and eleven was the year I discovered that bananas do not grow on trees. To a botanist, this may not have seemed all that profound; Musa acuminata, after all, is in fact a herbaceous plant more closely related to large grasses than to trees. But to me, the discovery carried both scientific and metaphorical significance.

My month-long research project on a corporate-owned banana plantation was a crash course in the truths of both banana biology and corporate agriculture. Due to the numerous tropical diseases that target them, bananas, as we know them, cannot grow without a cocktail of herbicides, pesticides and fungicides. Airplanes dump a plethora of chemicals on the fields of banana plants up to four times a week, and men with backpack sprayers walk amongst the plants daily, spraying them from root to tip. The soil they grow in is severely degraded and resembles clay in its consistency. Seeing the environmental destruction caused by the corporate model of banana growing, accompanied by the injustices faced by the workers with whom I lived and interacted on a daily basis (most of the men I encountered reported being sterile, likely caused by the near-continuous rain of pesticides on their homes within the plantation), forced me to reconsider everything I thought I knew about food and agriculture. Most specifically, it showed me a banana at the grocery store does not actually “cost” 20 pence.

Upon my return to the United States, I stopped eating bananas and launched into my own research project, reading everything I could find about banana agriculture. What revelations slowly dawned on me began to haunt my footsteps as I pursued a career in documentary and reality television. Last year, I came upon several UN reports discussing global soil degradation and the soon-to-come dire consequences of aggressive agricultural methods, such as monoculture, that have prevented soil from properly recovering and may soon render our planet unable to support its inhabitants.

I’ve spent the better part of two years getting a fairly comprehensive idea of the problems and challenges of agricultural systems, and I am now eager to learn more about the ways in which policies can encourage a movement towards a more sustainable and ecologically-influenced food system. I met an amazing group of student while completing my masters degree in ecology at Imperial College London.

Together, our team is determined to answer the query: if bananas don’t “grow on trees,” what are the best ways to alter that food system to better compensate for the environmental and socioeconomic consequences of growing bananas? And if the best method is not monoculture, how should that affect the entire system and does that mean that human beings in the United States and Europe should not eat bananas, or, if they do, how can their price be more reflective of their costs to the ecological systems their growth affects? I believe my own interdisciplinary background as a filmmaker and video editor situates me uniquely to lead a team towards this goal of discovering the best ways environmentally to produce bananas and communicating those ways to the public in a way that I can facilitate a societal/consumer shift, hopefully on a national level.

My previous experiences and contacts in Costa Rica and Nicaragua give us a firm basis to start making enquirers about players in the organic/alternative banana production industry there and find the people who have interesting perspectives and innovative ideas. We as a team believe that bananas represent a quintessential story in the agricultural world narrative; if we can fix what’s wrong with bananas, there isn’t a crop on the planet that can’t benefit from that knowledge.

As the worst of the worst, bananas provide an opportunity to develop solutions for agriculture as a whole in the future. Examining alternative ways of growing bananas will provide us with the tools to re-examine agriculture and move forward. The world needs to know what the future of bananas will be, and we want to be the ones to tell that story."